Taking the WORST and making it the BEST

One of my most challenging farms is a low CEC, low organic matter, mediocre quality piece of land. Surrounding the farm is a forest of evergreen trees called Sinnissippi Forest. This farm was part of a long time dairy farm until I took it over and replaced the Dairy cows out for stock cows. On average, I could get a decent crop only two out of five years. The farm has no subsoil. No water holding capacity. At 24 to 30 inches deep it turns into silica sand, white as sugar. A few weeks of hot, dry Illinois summer weather in July or August would practically killed a crop.

I have pivots on two other sandy farms that I operate and I could see the huge benefits of irrigation. The problem is the farm consists of odd shaped fields that are not practical for a pivot irrigator.  I looked into traveling guns and reels which is a portable irrigation system that would have worked for the odd shaped fields. That looked like a nightmare to me but it was an option. I needed to get water on that farm.

Summer of 2014 I attended the Farm Progress Show in Ames, Iowa. As I walked around that show I came upon a small Netafim booth where I met Kurt Grimm, a dealer for Netafim out of Kansas. I was very intrigued with this idea. Subsurface Drip Irrigation wasn’t new but it was a new idea in the Midwest for sure.  Kurt and I went into a Fast Track design process to see if I could make it work for my odd-shaped fields and with my water source.  After countless conversations, emails, even a farm visit from Kurt we finalized design plans and I gave the go ahead to order the equipment. I was taking a pretty big leap of faith. There were hardly any SDI systems in a freeze and thaw environment. But it was a popular system out west and in the south where freezing was not an issue. I met Kurt the end of August 2014 and by Thanksgiving we were installing my new SDI drip irrigation tape.

Installation did not go well at first but I was determined and I wanted it in by Spring. I wanted water. I had my 350 hp MFWD on a three shank bar that was installing drip tape at 14” deep and couldn’t pull it through the frost. It was just a little too froze. Give up? Not me, never! I hooked a track dozer to the front and pulled the tractor with the three shank bar through the field. The tractor was on GPS but the dozer obviously not. We ran a lot at night and I had to use the dozer blade as a guide.  We were only getting 5 to 10 acres a day done and we had 100 acres to do. It took us several weeks with two excavators digging in approximately 3 miles sub-main water lines. We worked day and night to get the system installed. I was wiped out at the end but it was worth it. I built a pond with a retention area fed by a small creek as my water source to feed the system.

The next spring we put water to the system, we had leaks, we fixed the leaks, we had rocks that were in the way of the lines so we removed the rocks, had some areas that were too shallow so we hauled dirt to cover those areas…wow! What a project.

Will it all be worth it? 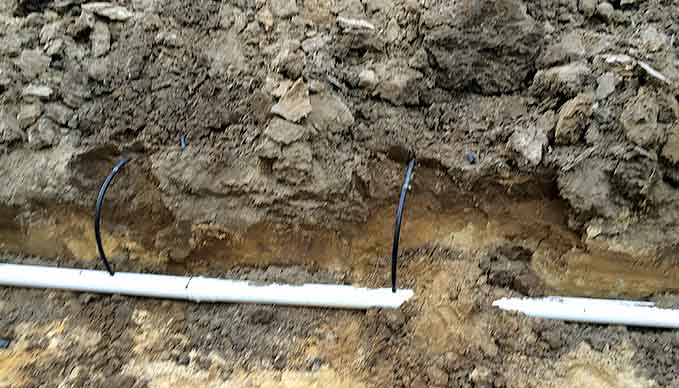 It was in 2015 I had the best corn crop on that farm I had ever had on any ground anywhere. I was sold. Needless to say, I ordered another 100 acres to add onto the existing system and now have the ability to water the entire farm. That time we knew were familiar with the process, knew what we were doing, and the conditions were good so we installed it in four days. I have learned much about irrigation and how to feed nutrients through the system. This has taught me much about micro-nutrients and late season fertility. I have taken this knowledge and utilized it on the rest of my farms.

As a member of XtremeAg.Farm I will take this experience and knowledge and share it with others. We can put you on the fast track to higher yields.

Help your farm thrive. Learn how from real farmers.